The kind and friendly Monster Encourager with the terrifying name “child eater” visited the school children in the Kita Kiebitzweg. He did not come in person but, as with so many events at the moment, he came by video conference. That alone was exciting for the children as there were other care centres present via the video link that were all greeted personally and presented and with whom contact was made during the radio play.

The author Klaus Strenge and his company carried off the audience with this special live join-in radio play and picture-book cinema with live music to a world full of sounds and noises, quirky creatures and fantastic events. While the children listened to the story of “Lilo and the secret of the cuddly toy” they had to get active themselves. In preparation join-in utensils were distributed among the children such as a cooking pot, bicycle hooter and other things with which they themselves could make lots of noises which appeared in the story.

This event was sponsored by the Foundation for Art, Culture and Social Issues of the Sparda-Bank West. 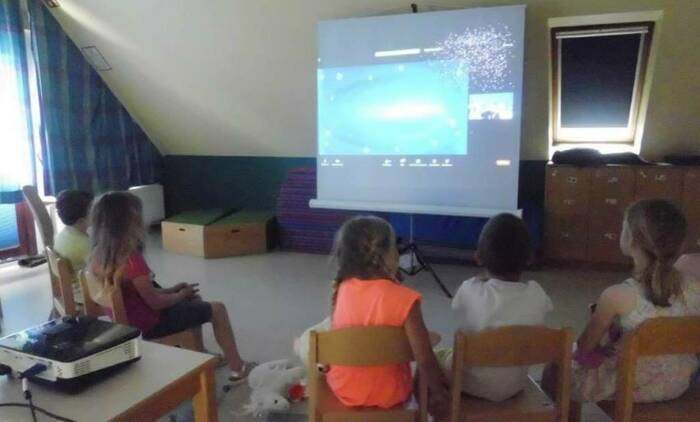